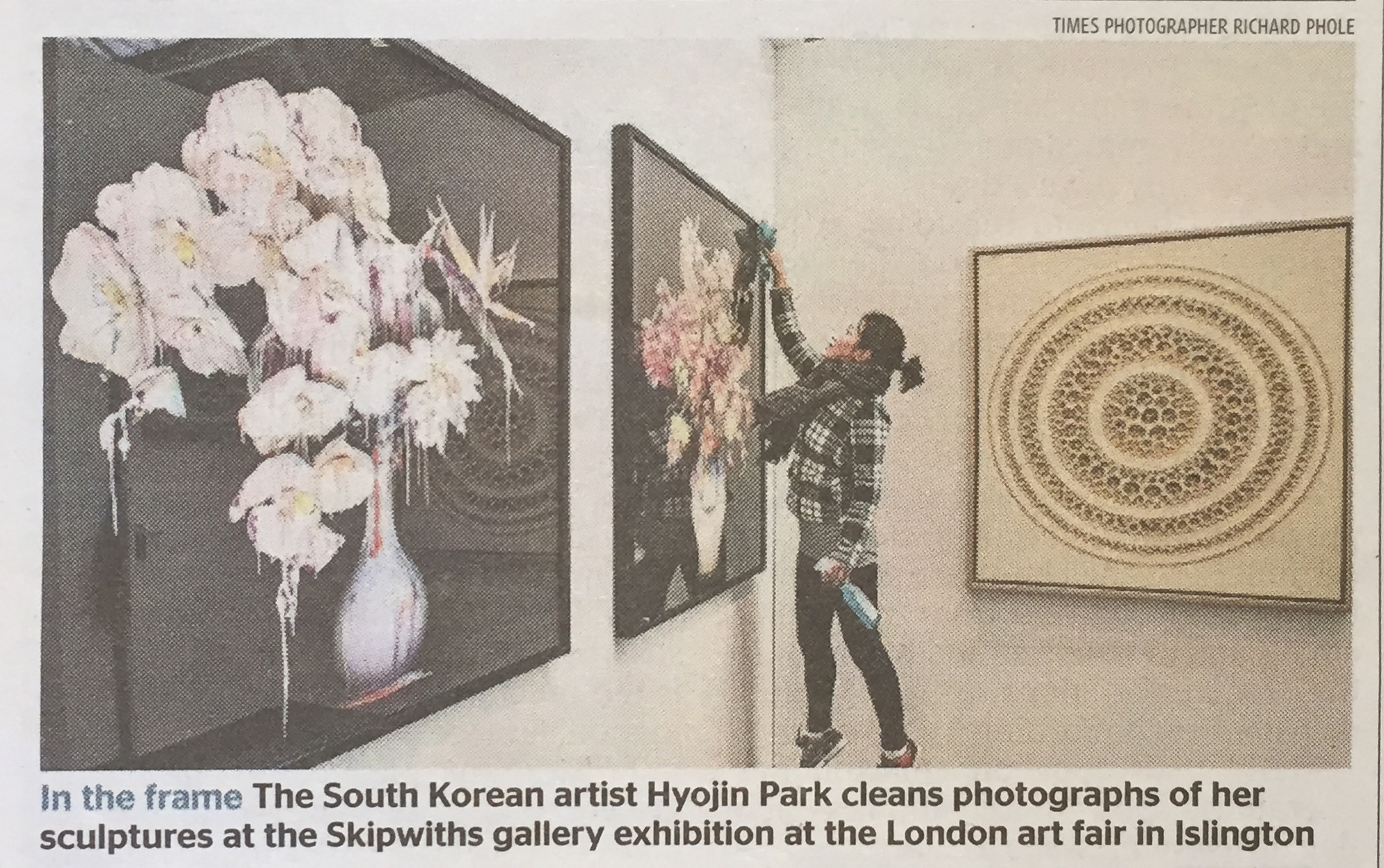 The FT – Korean art steps into the spotlight

“Chun Kwang Young, meanwhile, who emigrated to America in the 1960s, was showing some of his beautiful Aggregations – often massive sculptural compositions made from small, hand-cut pieces of styrofoam wrapped in antique mulberry paper sourced from Korean books and academic texts and tinted with teas, fruits and flowers. He has been making them since the 1990s and they marry traditional Korean craft techniques with his interest in American abstract expressionism. As Chun has said, “I think the first thing I saw [as a child] was my mother’s face, and then there was mulberry paper. This paper is not just for writing and drawing but is like the spirit and soul of Koreans.” Chun has won major prizes in Korea (Artist of the Year in 2001, a Presidential Prize in 2009) and been exhibited at galleries in the US and London, but this year he was honoured with a show at the Dovecot Studio, as part of the Edinburgh Art Festival.”